Resources For You > Giving Generously, Joyfully and Wisely > What About Wise Giving?

What About Wise Giving?

What if the gift may or even be abused or wasted?

The excellent book Toxic Charity by Robert D. Lupton makes a solid point, that at times doing good really isn’t a good thing. Lupton doesn’t leave us with a negative conclusion, instead he offers established strategies and models for making charity helpful instead of harmful. The book should be on the reading list for every missions minded person as well as every generous giver to charitable causes. 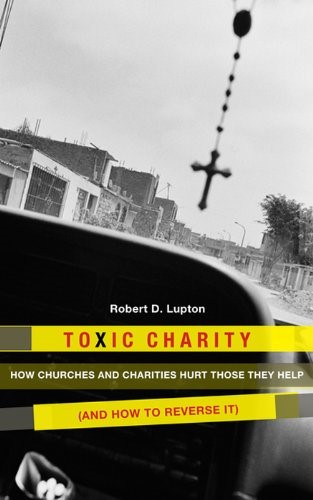 That problem is much broader than the topic for this short article. Rather than address that same large topic, charities whose misguided giving and service does harm, let’s look at the more local and internal question most people face almost on a daily basis. What about the person begging on the roadside whose cardboard sign says “Will work for food” but who we suspect may just buy liquor or drugs? Or what about the small local charity whose directors and Board have not read Toxic Charity and is just struggling to meet a perceived need?

Oh, there are simple “solutions” that may or may not work, including the carrying around of fast food restaurant gift cards instead of cash. Is that a solution? Not really, although I have heard it proposed many times. Why not? Because the recipient can just go sell that card for cash and then buy the alcohol or drugs. Gift cards just add a step to the process of misuse and abuse.

I have also heard people suggest taking the person to the nearby restaurant, a suggestion that is not exactly the safest idea for most generous persons. That suggestion comes closer perhaps to the parable of the good Samaritan, Luke 10:25-37.


It is the close of that parable that makes saying “no” a hard answer to the proposal of taking the homeless person for a meal:

Feeding the homeless person who is begging at the intersection is nothing like a long-term solution. But when someone is hungry, the solution at that moment is a meal. 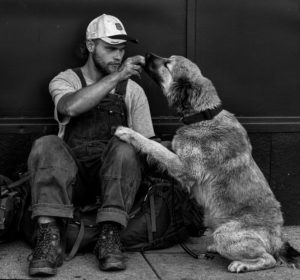 However, it is hard to know who is real and who is fake. Similarly, it is difficult to weed out some of the good-sounding charities that help themselves more than their ministry, it is hard to know what will help the most when the person walks by your car window with a sign claiming he is a homeless starving Veteran.

Am I part of the problem?

Start with one question, “Am I part of the problem?”

That is a legitimate question. Do you give to a local charity that helps the homeless? Do you support a well-run ministry or shelter that provides housing, even if only temporarily, meals and clothing for those most in need? If not, then you may be part of the problem. There are more than sufficient resources in America to house and feed our homeless. However, the resources don’t reach the problem, often because the resources aren’t given.

Next, ask the question, “Am I annoyed and not giving because I work (or worked) and saved and put in the long hours, and this guy hasn’t?” That is my favorite thought after a long day at work, starting the day at 7 am and having ended often after 6 pm.

There is an answer. Give to a local ministry that helps the homeless get a place to stay, eat, clean up and make it possible for them to give a job. We are to be wise stewards of what God has entrusted to us. Giving to a skilled ministry that has a proven record is the best way for giving to be concentrated and to become meaningful in impacting the problem. The solution is not to refuse to give or to give less, but to give prudently and wisely – while still giving with a true spirit of generosity.

Then you should ask the final question, one shared with me by a wise friend who teaches a Bible study group. “What if Jesus had asked Himself about you, ‘I wonder if (insert your name) would misuse the gift of life, salvation, love, joy, peace and the financial wealth and blessing I am planning to give him (or her)?’” Of course, my answer to that question is that I am not worthy of what God has given and entrusted to me. I have misused it. I have hoarded it. I have been selfish and I am a sinner. I have failed Him. If He had been as hard on me as I am on the beggar on the side of the intersection, I would still be where I was, I would still be that man lying on the roadside, the one who was ignored by the Levite and the priest as they passed by.

I am grateful for His grace and mercy to me. And I will give generously, prayerfully and wisely.