Resources For You > For Wise Stewardship > What About Prudent Retirement Planning?

What About Prudent Retirement Planning?

Start with the most common reference when giving sacrificially is the topic, the story of the widow giving her offering, Luke 21:1-4.

Luke 21:1-4
1  As Jesus looked up, he saw the rich putting their gifts into the temple treasury.
2  He also saw a poor widow put in two very small copper coins.
3  “Truly I tell you,” he said, “this poor widow has put in more than all the others.
4  All these people gave their gifts out of their wealth; but she out of her poverty put in all she had to live on.” 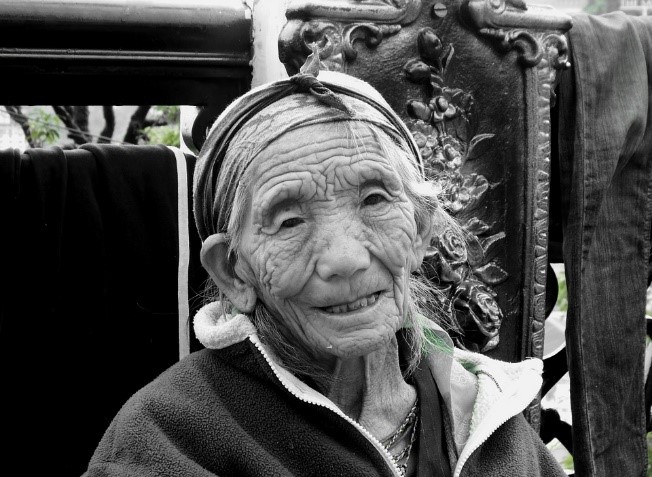 Doesn’t that indicate we should all trust completely and give away all of our money to the church and to those in need? Absolutely not! What one person’s answer is to a circumstance is not necessarily the right answer for everyone. Further, the Bible is full of examples where people were not called to give everything. Abraham was wealthy and was a righteous man (Genesis 13:2, 15:1-6). Job was wealthy, lost it all and became even more wealthy and is called blameless (Job 1:1-3). Jesus didn’t tell the disciples to give away their homes and businesses, He merely asked them to “Follow me” (Matthew 4;18-22, John 1:35-51). In the early church, generous giving was the norm, but was not required (Acts 4:32-37).

Numbers 8:24-25
24 “This applies to the Levites: Men twenty-five years old or more shall come to take part in the work at the tent of meeting,
25 but at the age of fifty, they must retire from their regular service and work no longer.

Great, so only Levites get to retire? Not exactly. They only retired from their “regular service” and not from all service. While the word “retirement” isn’t in the Bible, the concept is in one passage of the Bible, loud and clear! After all, people and their desires haven’t really changed that much. Do you really think a life of leisure wasn’t something people wanted 2,000 years ago? It was, however, something few could achieve. There were exceptions …

Luke 12:16-22
16 And he told them this parable: “The ground of a certain rich man yielded an abundant harvest.
17 He thought to himself, ‘What shall I do? I have no place to store my crops.’
18 “Then he said, ‘This is what I’ll do. I will tear down my barns and build bigger ones, and there I will store my surplus grain.
19 And I’ll say to myself, “You have plenty of grain laid up for many years. Take life easy; eat, drink and be merry.”’
20 “But God said to him, ‘You fool! This very night your life will be demanded from you. Then who will get what you have prepared for yourself?’
21 “This is how it will be with whoever stores up things for themselves but is not rich toward God.”

Is that loud and clear? The rich man “retired.” His retirement wasn’t the problem and his having saved and stored up wealth wasn’t the problem. His attitude towards God was the problem, a big problem. The warning and the conclusion is unmistakable. God should be in your retirement plans, in all your other plans as well, and in your heart at all times.

God didn’t create us to stop all work and focus on the very alliterated golf, grand kids and the Grand Canyon; recreation, family and travel. We were made to work (Genesis 2:15). Nowhere in the Bible does God reward a person for travel for the sake of pleasure or fun, for sitting on a beach, watching endless day TV, or advise people to make themselves the center of their universe. God is still God and remains on His throne, even in our retirement.

The solution is that even in retirement, we should worship, give, serve, and be in Christian fellowship. The ways we can do this are endless, and here are just two:

• Work – maybe even for free! That is called volunteer work, or service. Keep the hours and the requirements reasonable and within your physical abilities. The pay, if there is any at all, will be lower, but the work environment will be kinder and your service will be a blessing.

• Start a Bible study and prayer group with your friends at church and in your neighborhood.

That brings us back to one of the early questions, “How much is enough?” Since we are now living longer (but not necessarily better) than ever before, and prices are always rising, that is an impossible question to answer. One of the best answers I have ever heard to that question came from Charles F. Feeney, a billionaire, whose goal was to give his fortune away because “I want the last check I write to bounce.” In case that sounds familiar, that line was later used in the movie Oceans 12 by actor Carl Reiner playing Saul Bloom, one of Danny Ocean’s thieves. I like Finney’s heart more.

How much is enough? The late Larry Burkett shared his thoughts on this question and was blunt:

“Retirement planning so dominates the thinking of Christians who have sizable incomes that they overkill in this area enormously. The fear of doing without in the future causes many Christians to rob God’s work of the very funds he has provided. These monies are tucked away in retirement accounts for twenty to forty years. God’s Word does not prohibit but rather encourages saving for the future, including retirement (Proverbs 6:6-11; 21:20), but the example of the rich fool, given by the Lord in Luke 12:16-20, should be a clear direction that God’s balance is ‘when in doubt—give; don’t hoard.’”

Burkett goes on to make it clear that he does not call all retirement sinful and that planning for retirement is Biblical, so long as God remains in the plan. But then he challenges people to step outside their cultural framework and pattern of thinking and step back to the Bible.

Planning is good, but neglecting God as the plan covers every imaginable contingency the world and satan can throw at us is another matter and takes planning far beyond the Biblical or Godly realm. Somewhere in our plan we have to demonstrate trust in our God.

Do your giving while you’re living,
So you’ll be knowing where it’s going!

Aren’t we to “seek first His kingdom and His righteousness”? Matthew 6:33-34. What part of the word “first” is so hard for us to understand? Go back to Luke 12. The rich man never had a chance to enjoy his carefully stored up treasures. How about you? Are you going to save it and give what is left when you die, or is there a better way?