Resources For You > Giving Generously, Joyfully and Wisely > What about Generosity?

A Christian world view is, or should be, odd enough in the world’s eyes that the believer is thought of as odd. It is not necessary to walk around either naked or in rags like St. Francis, depending upon others each day for every bite to eat and having no place to sleep on cold, or any other, nights. There are enough “odd” things about the teachings of Jesus to make what others see appear as odd. He said some interesting and unconventional things (to say the least)!

He kept telling people not to talk about the healing he had done for them (knowing they would. (Matthew 8:4, Matthew 17:9, Mark 1:44 and Luke 5:14). He said, but didn’t really mean, that we were to be perfect. (Matthew 5:48). You were blessed when people persecuted and said bad things about you – rejoice about it! (Matthew 5:11-12). If someone hits you on one cheek, you are pretty much supposed to invite them to hit the other side too (Matthew 5:39). Don’t resist evil people (Matthew 5:39).Oh, and while you are at it, love your enemies too (Matthew 5:44). He sent His followers out to proclaim His message, but told them not to take any money or clean clothes.

HOW VERY ODD THESE CHRISTIANS ARE!

That is just really odd! However, let’s not stop! Paul was pretty strange himself. He rejoiced when persecuted (Colossians 1:24), as did Peter and the other Apostles when they were flogged (Acts 5:41). To make matters worse, one of the best examples of “odd” is Christian generosity. It isn’t our “stuff” so we are not supposed to hold onto it too tightly (Acts 4:32-35).

The teachings in God’s Word are so radical in these areas that it is at times hard to reconcile what we actually see in the lives of Christians with their Christianity. We read something but can’t find it anywhere in the real lives of at least some Christians. We are to give and be generous (and we are told we will get that much and more back, Luke 6:38), but then we don’t give and instead save and store and even hoard wealth. We are told to trust in the Lord (Proverbs 3:5-6, Proverbs 16:20, but appear to have more trust in Social Security and the stock market, both of which are shaky at best. And let’s not even talk about loving our neighbors – we’ve all seen Christians on the highways and that isn’t love. And how about Christians tipping servers at restaurants; it is easy to talk about generosity while it is sometimes hard to find it in real life.

Generosity, trust and love are topics too big to cover in one blog, so let’s just stick to self-examination in the area of generosity.

First, what is it? How do you define and describe generosity?

It isn’t a mathematical formula that says if you make a lot more, then you give a little more and keep 90% of the extra. It isn’t just giving Christians a discount or loaning them money at little or no interest. It isn’t even giving more than the 10% tithe to God and your church and adding a bit extra to a few secular charities. Generosity isn’t about a multi-millionaire giving ten times what a person making $40,000 a year. It isn’t even about giving when you should.

Real generosity is about sacrifice and about giving when giving isn’t required or even noticed.

Matthew 6:1-4
1 “Be careful not to practice your righteousness in front of others to be seen by them. If you do, you will have no reward from your Father in heaven.
2 “So when you give to the needy, do not announce it with trumpets, as the hypocrites do in the synagogues and on the streets, to be honored by others. Truly I tell you, they have received their reward in full.
3 But when you give to the needy, do not let your left hand know what your right hand is doing,
4 so that your giving may be in secret. Then your Father, who sees what is done in secret, will reward you.

Real generosity is about going that extra mile when it isn’t expected or required (Matthew 5:41). It is about loving when love isn’t returned (), it is about forgiving the unforgivable, maybe many times (Matthew 18:21-22, Matthew 18:21-35), it is usually about doing the unexpected and culturally odd things that cause mature Christians to be considered odd.

Real generosity comes from the heart, it has no formula

Real generosity is giving sacrificially. It isn’t the dollars, it is the heart.

Luke 21:1-4
1 As Jesus looked up, he saw the rich putting their gifts into the temple treasury.
2 He also saw a poor widow put in two very small copper coins.
3 “Truly I tell you,” he said, “this poor widow has put in more than all the others.
4 All these people gave their gifts out of their wealth; but she out of her poverty put in all she had to live on.”

Does generosity stand alone? Hardly ever if it is even possible. Generosity and love and kindness all stick together. 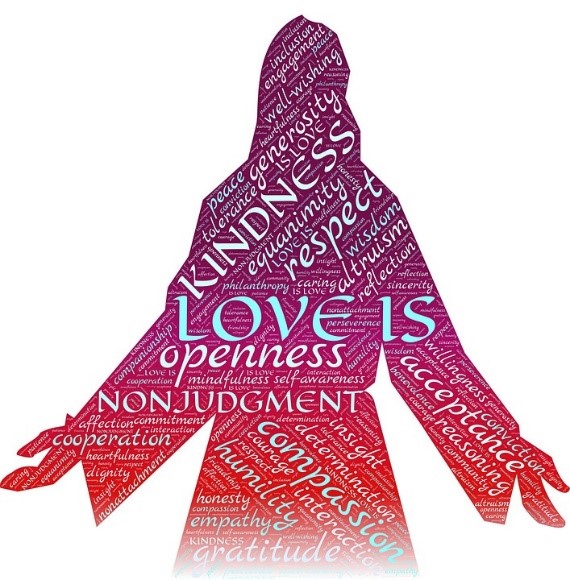 The Idlewild Foundation has been blessed by God to be associated with many generous people. An undergraduate scholarship program for needy and active members was begun at Idlewild Baptist Church based upon the donation of $1 million and later even more, by a couple who insisted on being anonymous. Why anonymous? Because they wanted to be as certain as they could that God was praised and received glory and not them. They got the message of 2 Corinthians 9:11.

They understood that they had been given wealth so that they could give that wealth and so that God would be praised.

Where does such generosity come from? God has made that clear. I John 4:19 says it all, “We love because He loved us first.” Kindness combined with generosity caused the servant of Isaac to notice Rebecca when she volunteered to water his camels. Genesis 24. That led to love and from those events, the future of the Jewish people.
Kindness was at the center of Naomi’s release of Ruth and Orpah after their families were devastated by death.

Ruth 1:8
8 Then Naomi said to her two daughters-in-law, “Go back, each of you, to your mother’s home. May the LORD show you kindness, as you have shown kindness to your dead husbands and to me.

That act of kindness was rewarded by more kindness from Boaz, coupled with generosity, and they also led to love.

The ultimate generosity, combined with the ultimate kindness and the ultimate love was shown at the cross. He left the glory of heaven to reach down to completely unworthy sinners, sinners who were enemies of God the Father, all due to love (Romans 5:6-11).

Are we odd? Yes, radically, kindly, generously and lovingly so. Try it, all of it, and you will love it!