Social Security Can’t Do it All – A Primer

Social Security was created in 1935, signed into existence by President Franklin D. Roosevelt in the heart of the Great Depression. The first taxing of earnings took place in 1937, with a maximum of $3,000 in earnings taxed at 2% (compared to a maximum of $127,200 at 12.4% in 2017 for a self-employed individual, plus an additional amount for Medicare). It is difficult to compare the concept and application of Social Security from 1937 to today because the program has changed so dramatically, as has the public perception.

In 1937 the normal SS retirement age was 65. But at that time, the life expectancy for men was 58 and for women it was 62.4 years of age. In other words, average life expectancy had most workers dying before they would receive SS benefits. Social Security was a safety net for those living unusually long. 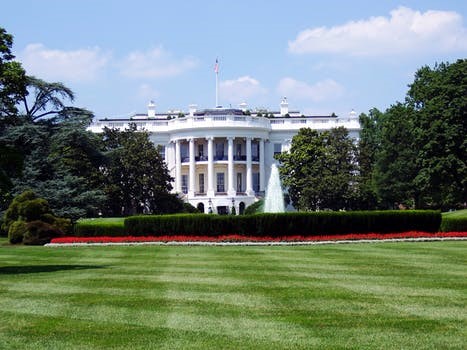 While those tax rates sound manageable, the tax burden on younger workers as more and more Baby Boomers retire may become troublesome. In 1950, the lighter tax burden meant that 16 workers paid a smaller amount of SS taxes to fund one retiree. But in the very near future, the burden of each retiree will fall upon only two workers, causing the amount of wages taxed and the tax rate to increase dramatically to keep the Social Security system solvent.

Social Security provides vital benefits to well over fifty million retirees and disabled persons. But there is an enormous difference between “vital” and “adequate.” Many people greatly overestimate how far Social Security benefits will really go. According to a 2016 study by Transamerica, 34% of Baby Boomers expect Social Security to serve as their primary source of income in retirement. That is a huge mistake. Social Security was never designed to be the sole support for anyone; it was intended to be a supplement, a safety net.

So what is the answer?

The answer is not tax the workers more; that isn’t feasible. Baby boomers must take steps to increase their savings, or else they face a tough economic future.

But doesn’t the cost of living decrease for retirees? In some areas, living costs do decrease upon retirement. Car usage may go down; you no longer drive to work. But now you have more time to travel and that costs money. History has shown that travel and entertainment expenses actually increase rather than decrease. You can dress more casually and eat differently, but that isn’t much of a savings, if any. The mortgage still must be paid, electricity use may even increase as you are home more, and other daily expenses tend not to drop a lot, if at all. And don’t forget, your home is getting older and needs more repairs and upkeep as time goes on.

Maybe health care will be cheaper. Isn’t health care going to be cheaper with Medicare? No! Health care is one expense that almost always goes up in retirement. A healthy 65-year-old couple is projected to spend over $375,000 on medical expenses in their retirement. To that they may have to add long-term care. When you break that cost out over 20 years (which is reasonable, as many seniors are living longer than that), we’re looking at $573 per month, per person, in healthcare. However, the average Social Security beneficiary collects only $1,360 a month in benefits, $2,720 per couple. Over 30% of gross income to health care is a financially crushing burden.

The truth is that 46% of households, regardless of socioeconomic group, spend more money, not less, during retirement’s first two years. So, no, retirement doesn’t change expenses by enough to make a meaningful difference to far too many retirees.

Well, if Social Security is not going to be enough, what can I do?

You can do what Americans have done less and less of since the start of the Boomer years; save money. In 1959 the average savings rate was 11.2%. It is now about 3.5%. It hasn’t been above 7% except for brief surges since the early 1990’s. An estimated 38 million households live paycheck-to-paycheck.

The proliferation of payday lenders and their locations testify to the lack of savings in far too many households. One estimate is that 26% of have saved nothing for retirement. Approximately 75% of Latino and African American households have less than $10,000 saved for retirement, and nearly two-thirds of minority households have no money at all set aside for their futures. Millennials have a savings rate of -2.0%, meaning debt rules their lives.

How can you start? Teaching wise money management is one function of The Idlewild Foundation, so as you can imagine, encouraging people of all ages to start saving is not a new topic. See:

Ideas for Living Better Through Stewardship, and
It’s Time To Start Saving.

There are additional articles as well encouraging saving. While the above articles can be found in idelwildfoundation.com/Resources for You/For Young Adults, it is not a topic only for the young. Saving for a better future can start at any age.

The real answer is to start as soon as possible, and then to tell yourself that it is possible today. Get started. Now! Now sure what the first step is? Call The Idlewild Foundation at (813) 264-8713 – we would be honored to help you with Biblical stewardship.