Resources For You > For Young Adults > Save, Don’t Store

One in ten Americans rent a storage unit. One estimate from the industry says that Americans spend about $32 billion a year on storage units. That may make sense for some as they are temporarily storing family treasures during or after a move. But many are throwing their hard-earned money into storing what should be sold or given away – showing that they have it backwards. Instead of storing, sell or give away what you are not able to use and invest that money. Quit paying to store your stuff for long periods of time. The numbers speak for themselves. 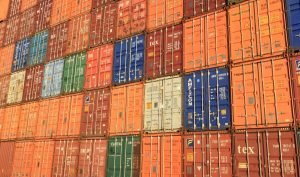 Let’s say you’re paying $100 a month for a medium-sized self-storage unit. Instead, if you opted to sell or give your stuff away and invested at only 3% the money earned or saved, what you see is shocking. Just for the sake of discussion, say you hold a garage sale and raise $1,000 and give away another $1,000 to a bona fide charity for a charitable deduction resulting in a savings of $300 in taxes. Then, invest all of that and the $100 rent per month and here are the numbers:

While most people don’t store their stuff longer than that, a surprising number store their treasures for a lot longer. Check out what happens if you just maintain the storage unit on and on.

You have saved $36,000 in storage rental payments and you have earned over $24,000 in interest. But it really would be more than that because we all know the rental rate would rise during that time period.

The lesson learned? Storage is no investment for anyone except the owner of the storage facility. End that expense in your past and invest the money towards your future. If you must store, please shop around and look carefully for the least footage and lowest cost on the best terms. One place you may want to start is storageunits.com. They even have a section for seniors, click here. The greatest problem, whether for seniors or not, is that you just pay and don’t take the initiative to stop the expense. Frankly, if you haven’t needed it is 6 months, or if you don’t even notice it is gone, storing it, whatever “it” is, is probably a bad expense.

For additional ideas in saving and investing in your future, check out the other articles under Resources For You on our website and call The Idlewild Foundation at 813-264-8713.