That’s a fair question. The Bible, math and the realities of life answer that question and all agree.

There is no passage that says save 10% of gross income. But the concept of saving and storing up for the future is common throughout the Bible, so long as your heart is right.

Proverbs 13:22
22 A good man leaves an inheritance to his children’s children, but the sinner’s wealth is laid up for the righteous.

Saving is not for the sake of hoarding your wealth or providing certain security to yourself.

Luke 12:16
16 And he told them a parable, saying, “The land of a rich man produced plentifully,
17 and he thought to himself, ‘What shall I do, for I have nowhere to store my crops?’
18 And he said, ‘I will do this: I will tear down my barns and build larger ones, and there I will store all my grain and my goods.
19 And I will say to my soul, Soul, you have ample goods laid up for many years; relax, eat, drink, be merry.’
20 But God said to him, ‘Fool! This night your soul is required of you, and the things you have prepared, whose will they be?’
21 So is the one who lays up treasure for himself and is not rich toward God.”

Saving and storing up does have a purpose:

We are given wealth and riches so we can be rich towards others for the glory of God! So, as you plan to save for retirement and spend to live well today, plan also to give to God who made all things possible.

So how much should we save and how much is enough? That is part of what a personal relationship with Jesus Christ is about. It is personal and unique for every person and their circumstances, there is no set percentage or formula for how much is enough. But that does not mean it is a “free-for-all” either. Here is why.

You might disagree with the Biblical interpretations, although most offer no argument. The Bible says we should plan and part of planning for the future is responsible saving. But you can’t disagree with the hard, cold realities of math.

The average Social Security payment is $1,360. On a yearly basis that is an income of $16,320, which isn’t exactly enough money to head to the luxury beach resorts or even stretch out on a sandy Florida beach. It sure isn’t enough to let you enjoy the beach very often. It isn’t even enough to allow you to serve actively, go on mission trips and continue to give generously to God in your retirement.

The harsh realities of the cost of living, inflation and an uncertain economy say you need more. Any sense of reality says you need more to enjoy retirement, especially if you want to stay active in that retirement.

Here are the even harder truths.

If you make $40,000 per year, and assume you will do better in the future, and you want to retire comfortably, experts say you will need at least 60% of your gross and most say much closer to 100%. Sure, some expenses will go down, but others, such as travel and healthcare, will increase. Given the rate of increase of healthcare expenses, it is likely that those increased costs will eat up any saving from not having work-related expenses. Frankly, planning for 90-100% of your current living expenses is the safe plan. 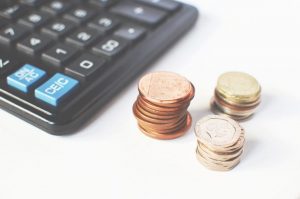 So what would it take to maintain the purchasing power of a $100,000 income in 2017 as you move forward in time? If you assume 4% inflation, you will need an annual income of $480,100 in 40 years, $324,340 in 30 years or $219,100 in 20 years, whenever you retire. So if the goal is maintain your buying power, you will have to aim far ahead if your estimated retirement date is 2058. That’s a lot! But that assumes 4% inflation, a fairly conservative figure, it could be higher. Even lower figures don’t protect you against the need for a dramatically higher annual retirement income.

The Realities of Life

An often-seen estimated saving amount recommended by many financial advisers is 10%. That sounds like a lot, but it likely won’t allow you to reach the goal of maintaining your purchasing power into retirement.

A better rule of thumb (one that sets the bar pretty high) is the Rule of 25. The Rule of 25 tells us to save 25 times as much as we expect to need annually during retirement if you expect or hope your retirement will last 30 years. However, if you want your money to last longer, you need even more! As an illustration, if your annual expenses are about $75,000 now and you want to maintain that lifestyle during retirement, you will need to have about $1,875,000 saved to retire. Of course, as with any such rule of thumb, high inflation, bad market years, a longer life or higher than expected expenses can destroy those expectations and your lifestyle.

These calculations also assume you started saving for retirement at age 25, consistently earned a higher income, consistently saved 10% and never withdrew any money for anything else, not even for college education for your children or due to illness, job loss, etc. If you started saving later than 25, were unemployed for a while, or withdrew some of those savings for an emergency, you’ll have to save more, likely a lot more, to catch up. 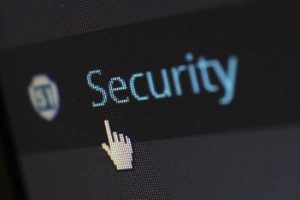 Will Social Security save the day?

Not likely. Social Security may help a bit, assuming it remains solvent, but it would be reckless to depend upon it.

Saving 10% of your income is a starting point, nothing more. If you start there, you will be ahead of most of your peers if for no other reason because they are not planning ahead at all. The average saving rate for younger Americans right now is 5.7%, but that includes college funds, emergency funds and other savings that are very likely to be dipped into, if not exhausted, long before retirement.

Ultimate security does not lie with Social Security, your 401(k), gold, Wall Street or money under your mattress. In light of the shortness of life and the length of eternity, security lies only in the hands of the One who gave us life and holds our lives in His hands. Don’t ignore the stresses of today or the needs of tomorrow, but along the way, also don’t forget the parable in Luke 12. Be rich toward God and your eternal future as well as toward your earthly future.

Matthew 6:19
19 “Do not store up for yourselves treasures on earth, where moths and vermin destroy, and where thieves break in and steal.
20 But store up for yourselves treasures in heaven, where moths and vermin do not destroy, and where thieves do not break in and steal.
21 For where your treasure is, there your heart will be also.