Resources For You > Giving Generously, Joyfully and Wisely > More on the Tithe, Part 2

More on the Tithe, Part 2

Tithes and Offerings – Is There A Difference?

In Part 1 of in More on the Tithe, we started looking at more on the topic of giving and tithing, focusing in on the difference between tithes and offerings, and on what we can give, including our time, our treasures and out talents. However, we saw this is a huge topic, so we now can conclude in Part 2 as we look at topics that often arise, including the amount of giving, the place or organization to which you give, and even why people, even believers, don’t give. We then will conclude and see how God has called us to excel in the grace of giving, a great calling for all believers!

Can I just give a little and does it have to be to the church?

God did not leave room for people to choose not to include His church with meaningful donations. Malachi 3 lays out a clear Old Testament case that God wants His church to receive both tithes and offerings. Jesus did tell the Pharisees that they should not neglect tithing. Matthew 23:23.

Even more attention-grabbing is the law of reaping and sowing, a New Testament principle stated in various places but none so clearly as 2 Corinthians 9:6.

No, this is not the prosperity gospel, it is Biblical. No, God is not telling us that if we give $1 we will reap $2. However, He is telling us that there are blessings to be reaped when we are obedient.

The thought of giving a little is at times referred to a tipping God but not tithing. While that is blunt, there is an element of truth to the bluntness. Shorting God for your own benefit has historically been something that has not worked out well for people, especially God’s people. Haggai 1. God is not impressed by lukewarm followers.

Revelation 2:15-16
15  I know your deeds, that you are neither cold nor hot. I wish you were either one or the other!
16  So, because you are lukewarm—neither hot nor cold—I am about to spit you out of my mouth.

That reaction should be no surprise to anyone, few can stomach a “fair weather fan.” Jesus struggled with His disciples when they couldn’t even stay awake for one hour. Matthew 26:40. To not be “all in” but instead to stand on the sidelines, tip God, and be a convenient “supporter” is sin.

James 4:17
17  So suppose someone knows the good deeds they should do. But suppose they don’t do them. By not doing these good deeds, they sin.

The more blunt and personal response is just to ask, “Would you give your child less so you could buy something nicer for yourself?” I hope the answer is an obvious, “Of course not!” He gave us His best and we should give back generously.

Can I tithe to a para-church organization or to a non-church charity? 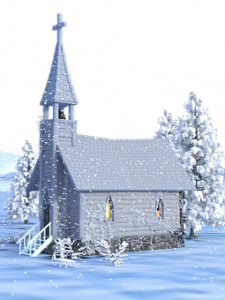 The tithe itself is for the church, the bride of Christ. It would seem odd at best for a professing believer to claim love for Jesus but not His bride and to offer financial support to others, but none to His bride.

On the other hand, offerings to para-church organizations or to other charities is a good practice.

So, why don’t people tithe or at least give meaningfully?

Experience and careful conversations have led me to believe there are a variety of reasons why people do not give to the church and do not tithe, most having nothing to do with financial ability. There are some people, of course, whose finances are limited, often due to an unexpected illness, injury, accident or event such as a termination. Those circumstantial limits tend to be temporary. Even then, there is often the ability to be generous with time and talents, even if not with treasure. For an example of how people poorer by far than the poorest Americans combine to show strength in numbers and through community, see the video A Handful of Rice. That video shows the strength of thousands of people donating extremely small amounts, a handful of rice per meal, due to the fact that they live on less than $1 per day.

So what other reasons hold people back?

Are they really believers?

A hardened heart towards finances is hardly the new creation of a new believer. 2 Corinthians 5:17. This is a matter for self-reflection by the non-giver, not a matter of judgment by others. But, it is easy to imagine a non-believer who might be attending merely for business contacts or benefit to not want to tithe or make offerings of a meaningful nature to a cause that is not understood in the heart.

They are not invested or connected to the mission

Many just attend and never really become a part of the ministries or mission of the church or of God. Getting connected, getting involved, being a part of a ministry and its mission takes a conscious effort. That effort is worth it.

Often some say they don’t have the time. Make the time and watch God use you and give back the time and then some. I have watched it happen in my own life and know God can do that. He redeems the time you invest for His kingdom.

People just don’t want to part with their money or their stuff. It is an issue of the heart, and our hearts are deceived by the things this world has to offer. There is a video by Tim Keller that probably expresses the concern about this being an issue of the heart better than any short message I have ever heard. This video can be seen at GenerousGiving.com/videos.

Keller’s point is well taken. Jesus and Paul warn about greed repeatedly and they do it because greed is one of those sins that is deceptive. It can sneak up on us in such a way that we do not even notice that we are growing greedy. 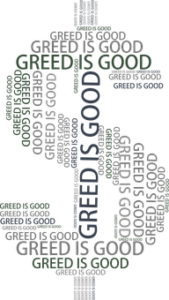 It is that deceptiveness that allows people to make excuses for not giving to God, including such things as the “need” for another car for the family, the “need” for a bigger house, the “need” for more services or things to allow us to keep up socially … the list of internalized excuses ( they are often called “needs”) is literally almost endless. However, we should remember that only God is truly endless. Excuses don’t work with Him.

Regardless of the excuse or excuses that are used, it is often greed or selfishness that “excuse” us from giving to God, “at least for this season of life.”

Another reason why some do not give is their rebellious, independent nature. We are sinful, rebellious people by nature so it should not be surprising that our rebellious nature causes us to react negatively to a call for us to give to God. Often, we try to explain away that choice with rationalizations, but at the heart of the choice not to give is our rebellious heart.

Some of the rationalizations we try to justify our rebellion include the following.

In a large church budget, the idea that my small offering does not make a difference is a common reason. Unfortunately, that is a poor excuse because it cedes to the wealthy all of the participation in the mission of the church and it overlooks the strength that comes from numbers. Many smaller offerings can and do make a huge difference. Think back to the video, A Handful of Rice.

The church may misuse or misapply my tithe or offering

That is true of virtually any donation, gift or payment to anyone. If you have that concern, there are several potential solutions. One is that you may be at the wrong church, one that conceals rather than reveals its ministry plan and budget. Another is that perhaps you need to work to get involved in leadership at your church so you earn the right to have oversight and input. Yet another is that while there might be a concern for potential misuse, do you know or have a reason for that suspicion. The abuses and scandals by some (a few by televangelists and church leaders) does not legitimately paint the thousands of other churches, Pastors and leaders with such a negative approach. I do not suggest blind obedience but I also cannot recommend an attitude of cynical skepticism towards the church. 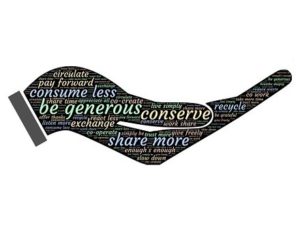 Even if there is some other reason used to attempt to rationalize not giving or not giving a reasonable tithe or offering, it can only be a selfish excuse. God has told us what His will is. He wants us to be in relationship with Him, growing closer to Him and serving both Him, through the Gospel, and the people He wants to draw closer to Himself.

Perhaps even more direct is the fact that God has given you life and, assuming you know that Jesus is your Savior, He has trusted you with that life despite the fact that at times you still sin and misuse the gifts He has given to you. Should you be less generous with the church than God has been with you?

You may not want to hear, use or apply the “T” word, tithe. But it is clear God wants us to use the “G” word, generosity. In fact, we are to excel in the grace of giving.

2 Corinthians 8:7-9
7  But since you excel in everything—in faith, in speech, in knowledge, in complete earnestness and in the love we have kindled in you—see that you also excel in this grace of giving.
8  I am not commanding you, but I want to test the sincerity of your love by comparing it with the earnestness of others.
9  For you know the grace of our Lord Jesus Christ, that though he was rich, yet for your sake he became poor, so that you through his poverty might become rich.

We are called to excel in this grace of giving because He has demonstrated such love and grace for us by His sacrifice.

2 Corinthians 9:8
8  And God is able to bless you abundantly, so that in all things at all times, having all that you need, you will abound in every good work.

2 Corinthians 9:11-15
11  You will be enriched in every way so that you can be generous on every occasion, and through us your generosity will result in thanksgiving to God.
12  This service that you perform is not only supplying the needs of the Lord’s people but is also overflowing in many expressions of thanks to God.
13  Because of the service by which you have proved yourselves, others will praise God for the obedience that accompanies your confession of the gospel of Christ, and for your generosity in sharing with them and with everyone else.
14  And in their prayers for you their hearts will go out to you, because of the surpassing grace God has given you.
15  Thanks be to God for his indescribable gift!

As He has been immeasurably generous with us, so we should be generous as imitators of God. Ephesians 5:1.