Resources For You > For Parents > What Legacy Will You Give?

What Legacy Will You Give?

One of the great blessings of my life was when I received an inheritance from a great uncle that happened to be the amount of the down payment my wife and I needed to buy our home, the one we now have lived in and loved for almost forty years.  However, receiving an inheritance at just the right moment is not something you can count on.

Giving your heirs some or all of their inheritance now, instead of waiting to pass it on in at your death, can be very satisfying.  Maybe you can leave a legacy even before you pass away from life here on earth.

Leaving a Legacy is a Duty

Leaving a legacy is a responsibility we have from God.

Proverbs 13:22
22   A good man leaves an inheritance to his children’s children, but the sinner’s wealth is laid up for the righteous.
ESV

In our role of imitating God (Ephesians 5:1), one step we can take is to leave a Godly legacy for our heirs.  Look at it this way, God gave us, His children, an incredible gift and legacy with the life of His Son.  We should do likewise.

Titus 3:7
7    So that being justified by his grace we might become heirs according to the hope of eternal life.
ESV

What is a Legacy?

A legacy is often defined as a gift left by one to another in a will.  But that definition cripples the true idea of legacy.  The original Latin legare meant “ambassador” or “envoy.”  Long ago, the common use of legacy included the idea of a legacy being delivered while the sender was alive and the word became limited to leaving something after death to those who come behind.  More recently, the word has been making a comeback as politicians have become concerned about their “legacy” and began to focus on the lasting achievements of their term in office.

But many have never thought of their legacy, the image of their lives that is left behind for their families and loved ones.  But maybe it is time to think about that.  Maybe it is time to consider that a legacy given is better than a legacy left – after all, you get to see the results of your gift and perhaps you can even shape the future by how you give and how you shape that gift.  The truth is that surveys show most people would truly prefer to give sooner rather than later; they just don’t know how.

According to a well-named 2013 Merrill Lynch retirement study, Family & Retirement: The Elephant in the Room, 60% of people age 50 and older would prefer to give sooner rather than later, saying they want to be there to enjoy helping their children pursue their dreams.  Women in particular favor that approach, with 65% saying they would rather pass along an inheritance during retirement, compared with 53% of men who feel that way.

Here are a few things to consider and weigh.  There are risks as well as benefits to giving while you are living.  We have all seen or read about disasters arising from sudden unearned wealth.  The problems faced by lottery winners is only one of many examples of the potential negative impact of money on a life or lives.  There are two considerations:

1.  Can a gift create more problems than blessings?

Are you over-giving?  Before you give, determine what you need for the rest of your life—and make sure you have set those resources aside.  Without careful thought, you might shortchange not only yourself but the family members you are trying to help.  One of the last things you want to do is put them in a position of having to support you later on.

Gifts can bring responsibilities that are beyond the ability or perhaps beyond the interests or desires of the recipient.  My inheritance of the amount of the down payment was a blessing because of the timing.  Had it been earlier, it might have been spent on a new car or something not as lasting or impactful as our home.  A non-cash gift may very well be even more of a problem.  Examples of the many possibilities lies in a few questions: Does your son really want to run the family business?  Even if he does, is he ready for that responsibility?  Will he be in over his head, potentially ruining the business and the lives of employees? 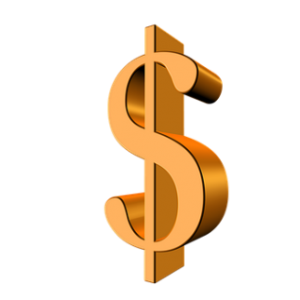 Then, there is the final consideration: Do you have to give the same amount or the same value to each child or grandchild?  Experience has shown that emotions can run very high and hot if expectations, even unrealistic ones, are not met.  Someone is certain to say “that’s not fair” if a sibling gets more.  “Fair” is subjective and very hard to address after the hurt has begun.  For a Biblical example, re-read the story of the Prodigal Son, Luke 15:11-32. In truth, equal may end up extremely unfair, depending upon the circumstances existing at the time the gift is made.  Imagine two children receiving equal dollar shares, but one is wealthy and the other is poor.  Is the gift they received truly “equal”?  Or what if one child is wealthy and has a solid profession whereas the second is physically disabled and struggling?  If they both receive the exact same amount, the value to each is very different.  Is the gift they received “equal”?  Always be mindful that in Matthew 25 the master gave different amounts to different stewards, a reflection that the master evaluated their abilities, circumstances and potentials on a different and very personal basis.  Why should you do less?

In fact, given the range of possible differences, there is strong argument for a different and personal evaluation of the needs of each beneficiary.  Differences can be in:

the spouse and the spouse’s family, profession or income,

the number or health and circumstances of children/grandchildren,

possibly good or bad decisions, and

To put it in the form of a blunt question, would you leave the same bequest or make the same gift to a child in prison for a horrible crime as to a child who was in seminary?

The best way to deal with such an issue is well in advance as well as with careful thought and prayer.  Prepare family members by sharing with them what your wishes and intentions for giving are.  How that is done is very personal and unique to every family member and every family; there is no “one-size fits all” way to handle it.  But sharing a legacy saving explanation in advance may be the only way to soften what might otherwise be viewed as harsh or judgmental decisions.

Legacy – a Gift of Honor

In the Old Testament, an inheritance was the gift of honor and support given by the father to his sons.  In the New Testament there is no clear direction or requirement for inheritance of property or assets, but only of a spiritual inheritance.  There is, however, a warning in Luke 12:13-21, where Jesus addresses an earthly inheritance and warns that it can lead to greed and an obsession with wealth. Instead, we are told to store up our true treasures in heaven.  There is no instruction in the Old or New Testaments that requires equal giving among children.

Without doubt, the Biblical instruction to parents is actually about the parents’ responsibility to make sure their children understand the ultimate inheritance they will receive if they accept Jesus Christ as their personal Savior. Parents have a responsibility to teach their children about God, His expectations and to bring their children to Christ.  The greatest legacy a parent can have is a child walking with Christ.

Taxes and Questions to Ask

In 2016 you were able to give $5.45 million by your will without gift or estate taxes.  That amount is currently indexed to inflation, so it will rise in the future.  There are proposals to end estate taxes as well as proposals to raise them and so the amount at any moment is subject to the whims of federal legislation. 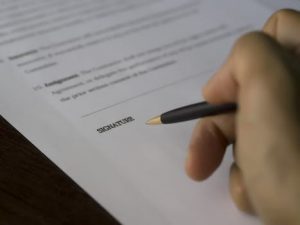 You may also give $14,000 each year to anyone you wish, family member or not, without having to pay a gift tax, based on 2016 laws.  Tax laws change annually so you should always pay careful attention to developments that show up in the financial news.  Regularly check with your financial adviser to make certain that your current plans have not become tax-disadvantaged by some dramatic change in the law.  There are a number of questions you should ask your adviser in setting up your estate as well as in planning for your legacy.  That is true whether it is a living legacy or one that will be a part of your estate plan.  The questions you should ask include,

If you have a family business and want to make that part of your legacy, you should also ask about the best way to handle that transaction.  Tax-wise timing can save many thousands of dollars in taxes.

The Idlewild Foundation and the National Christian Foundation stand ready to help with any of these legacy ideas.  Call us today at 813-264-8713.