Resources For You > For Seniors > Inflation and Your Retirement

Inflation and Your Retirement

Inflation is low and has been low for years. In the past 20 years, the highest inflation was at the start of the Great Recession but even then it was only 3.8%. You have to go back to the 1980’s to find inflation above 5%.

Avg. inflation for the past 20 Years

Regardless, inflation is a major concern for persons looking to retire in the future or having to make limited retirement saving and investments last for many years. With many hoping to retire in their mid-60’s and with life expectancies getting longer and longer, it is not unrealistic for a retiree to have to plan for 30 years of retirement. The compound effect of even low average interest rates is difficult to prepare for. $10,000 20 years ago would now require $15,273 to have the same buying power. If you drop back ten more years, the weight of compound interest becomes even more apparent. $10,000 in your hands 30 years would now require $21,375 to have the same buying power. In other words, in 30 years the buying power of your money has shrunk to less than half. 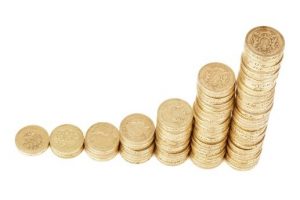 Those numbers are difficult to deal with, but the math is simple, direct and accurate. As a result, many entering retirement are forced to live more frugally than before retirement. And then it gets even worse.

A closer look at the realities of inflation can help separate myth from fact and provide people with an accurate look on how inflation can truly affect their financial future. Some of our concern is because of a memory of the inflation arising from the oil shortages of the late 1970’s and dramatic price increases associated with it. That memory causes most people to believe that inflation is a greater risk than it is likely to be. Studies by Allianz Life show that the average American believes inflation will average 4.4% per year when, in fact, the average inflation over the past 20 years has been less than half that, 2.15%. 31% of the respondents in Allianz’s poll expected inflation between 5 to 10%.

“Inflation is when you pay fifteen dollars for a ten-dollar haircut you used to get for five dollars when you had hair.”
Sam Ewing

While we pray those fears will not be met, inflation remains a concern because even in relatively low inflation periods such as the last 30 years, prices still have doubled. To make matters worse, most Americans have no plan to address the inevitable rise in prices beyond becoming more careful with their spending. In the Allianz Life study, over half of Americans say they are either “very concerned” or “terrified” about the impact of rising costs on their future healthcare needs. The fear levels drop on the concern levels about the future affordability of long-term care (45%), housing (33%), groceries/food (29%), and travel/leisure (27%).

Yes, Social Security and some pension programs do adjust your income for inflation, but the chained CPI formula used for those adjustments is designed to understate the real effects of inflation. The end result is that you may be drawing down on principle from your savings and investments, meaning your money may run out.

As soon as you recognize that our government’s goal is to allow inflation but to keep it low, you will realize that a creeping loss of your purchasing power is unavoidable. You need to prepare for it to protect your future.

Protecting Your Future From Inflation

There are alternatives to saving two or even three times as much as you were planning. One is for your savings and investments growth to keep up with or exceed inflation. That requires solid investments, something more than bank deposits, CDs, savings in money market funds or in a sock under the mattress.

No, that does not mean invest in Bitcoin. We said “solid” investments, not speculative volatile investments that are in cryptocurrency or even a fund that invests in cryptocurrencies. Most advisers will encourage people not to invest any more in anything speculative like Bitcoin than you are readily willing to lose.

On the other hand, you can and should be in the stock market, at least in conservative investments. If you want to stay even with or stay ahead of inflation, historically the stock market is the best choice. Choose investments that will likely match or beat inflation. The markets certainly have had bad moments, but over the long run, the U.S. stock markets have been the gold standard of investments.

The S&P 500 has averaged an annualized return of 11.31% between 1928 and 2010. It is highly unlikely inflation will exceed 11% every year so investing in basic index exchange-traded funds (ETFs) is a reasonable strategy. During that same time period, 1928 to 2010, the Dow Jones Industrial Average (DJIA) has gone from an inflation adjusted 2,831 to 11,456 and those increases ignore much of the recovery from the 2006-2008 start of the Great Recession. By January of 2018, the DJIA had risen to over 24,750. Certainly there will be economic downturns, but the greatest strength of the stock market is long-term strength; you are betting on the U.S. economy.

Another step you should take involves what is commonly referred to as age-shaping your investment portfolio. The contents of your investments should change as you age. Diversification is always in order, but the younger investors can typically take a somewhat higher level of risk because they have a longer time to recover from market downturns. As you approach retirement, you move away from common stock and real estate investments and instead increase your share of less volatile and more secure investments such as bonds and lower-risk investments. 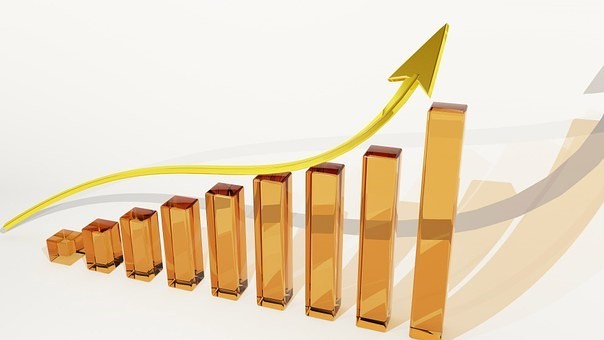 If you do not want to invest in a financial adviser who is educated and skilled to direct your investment (think again, you should seriously consider a financial adviser), you may try an old rule of thumb which is for you to take the number 100 and subtract your age. The difference is the percentage you put in stocks while the rest is in low risk investments. The number 100 is an arbitrary rule of thumb number that may need adjustment due to the fact that life expectancy has increased so dramatically. Some suggest that instead of 100, use 110 or even 120 as a starting number. Thus, if you are 50, 120-50=70 says you should put 70% of your investments in higher risk. For many that will prove to be too aggressive since they plan on retiring and drawing down on some of those investments at age 65.

Treasury inflation protected securities (TIPS) are another option for retirees or near-retirees. These securities are secure because they are issued by the U.S. government, they do receive adjustments due to inflation, and they have the advantage of being exempt from state and local taxation (not a factor for those who live in Florida).

Those ideas only scratch the surface of what is possible. A good financial adviser can recommend many other alternatives and give specific stocks, ETFs or other investments to fit your circumstances.

Inflation is normal, must be expected, and should be addressed in your financial plan. To ignore it is to court financial burdens for your future and limitations on your future lifestyle. Call The Idlewild Foundation at (813) 264-8713 with questions. We would be honored to help.