Resources For You > For Parents > Dumping Your Mortgage Debt

Getting out of debt is an honorable goal. The easy part is setting the goal, the hard part is figuring out how to get to that goal. It’s those in-between steps that are so tough.

How can you do that in the shortest time possible?

Here are a few ideas that may help shorten the life of your slave-master, the mortgage lender. Yes, I wrote “slave-master.” The reason is because Biblically, the borrower is a slave to the lender. Your mortgage is your “owner” in several senses.

Proverbs 22:7
7 “The rich rule over the poor, and the borrower is slave to the lender.”

Let’s start with a sample couple. It is easier to see reality when you see an example rather than just discuss principles, especially when there is math involved. 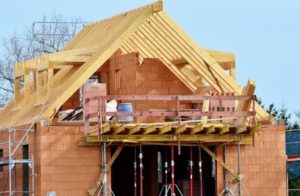 After 5 years of payments of almost $1,000 per month, their principle balance is still $178,238.83. They have paid almost $60,000 but have made less than $22,000 progress in paying off their debt. You can check these figures on any mortgage amortization calculator such as Financial Mentor’s calculator.

Understandably, they get frustrated and start to seek out ways to make more progress. After all, at that rate, by the end of 30 years, they will have paid off a mortgage debt of $200,000 by paying over $359,000 to the lender. Can that be avoided? Avoided no, because there is always a cost for borrowing money. But can the burden be reduced? Yes!

Is there a cost to do that? Potentially several, so the arguments need to be checked out. But the best answer is almost always get out of debt as quickly as possible.

Paying down the principal reduces the mortgage interest deduction on your federal tax return if you itemize. However, the tax bill known as the Tax Cut and Jobs Act of 2017 removed the likelihood of itemization for most Americans. In the past, only about 30% of taxpayers could itemize. The much higher standard deduction should reduce that percentage substantially. If you don’t itemize, like most Americans, then paying off the debt early just means more money for you and less for the lender.

Even if you do itemize, the amount you deduct may not make the cost of the mortgage cost-effective. In the long run, you will likely still come out ahead by paying your mortgage off early.

But some will say any extra money you put into paying down the mortgage could instead be put into investments. Is that better? 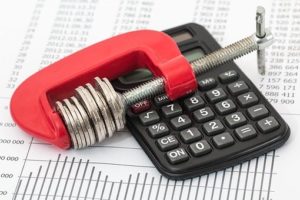 In theory, “Maybe” is the best answer anyone can give. If you make more than 4.4% after taxes on the investment income and if the market never has a decrease, then perhaps you come out a little ahead financially. If you eliminate that risk by putting money into CDs, you will make far less than 2% before taxes. In other words, pay off the mortgage!

But don’t stop there. Consider what happens if Bill or Mary lose their jobs. They might have trouble making that steep mortgage payment, especially if they have children. They risk losing their home or having to sell it, perhaps at a loss. That is part, but only a small part, of the financial freedom mentioned earlier as the real goal. Debt is bondage. Period!

Bill and Mary should have other goals as well. Every wise financial counselor also encourages additional steps, although their priorities differ at times. One top priority item to which some funds should be dedicated is giving to God.

A second high priority use of additional funds is paying off all other debt, especially high interest debt such as credit card debt. See Getting Out of Debt, Roadblocks to Retirement, and Planning Your Financial Future and … . Get out of debt, cut up the credit cards, and stay out of debt. Financial Peace University is a great course. Over 9 weeks you learn how to budget and handle money wisely. Far more than a mention is made of the need to avoid debt. In fact, an entire week is devoted to “Dumping Debt.” Over the entire 9 week course, many facts are given showing the danger of debt and many tips are given on how to live without debt.

A third very high priority item for consideration is establishing an emergency fund for the inevitable needs, the car that must be repaired when it breaks down, the water heater that dies, the roof that leaks, and the list goes on and on and on. 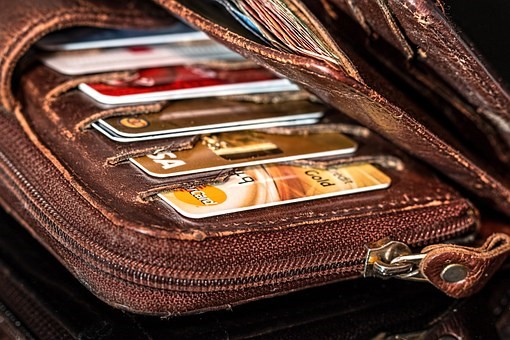 A final high priority place for excess funds is retirement savings. Couldn’t that wait? No! The power of compound interest accumulations on your savings works greatly in your favor if you start early. See It’s Time to Start Saving.

Once those steps have been started, then here is how Bill and Mary discovered additional steps to financial freedom.

Interest rates may be lower than many current mortgage interest rates. Even considering fees and charges, it may pay to re-finance a mortgage loan. That may save you a percent or two, but that can add up over the remaining years of your mortgage. Run the calculations on amortization tables and check with a qualified adviser.

However, that is only the first part of this step.

If paying off your mortgage early is your goal, ask first if your lender allows prepayments, without a penalty. Actually, if you re-finance, you should chose a lender that does allow prepayment without penalty. Insist on it. If the answer is “no,” move on to a lender that does allow it. You do not want to pay extra principal and find your savings eaten up by a penalty. You certainly need to make sure that your extra payment is applied to principal and not the next month’s mortgage payment. That would not reduce your interest payments.

If you do re-finance and get a lower interest rate and lower payment, don’t lower the payment. Pay that “saved” $100 or more each month as additional principal. So long as there is no penalty for pre-payment this way, you can save thousands of dollars in interest payments by knocking off a few months payments this way.

But they aren’t satisfied, so they do more still!

But perhaps if you can pay more, there is an even better effort.

Pay a mortgage payment every two weeks, not every month

Instead of an extra principle payment each month, make an extra payment each month, a payment of both principle and interest, a double payment. Not everyone can do that, but if Bill and Mary cut their expenses and do it, what happens? Serious progress, that’s what! In the previous example, the mortgage is paid off in 14 years, 8 months instead of 25 years. Now it is paid off in only 9 years and 2 months and a whopping $69,000 in interest payments is saved. 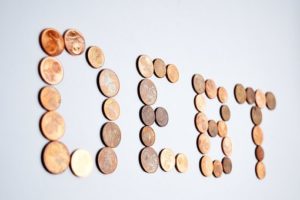 But don’t stop there. Now let’s see a few things you can do to get a bit more cash and apply it wisely.

Reduce your expenses and apply the savings toward your mortgage debt

There are many ways to save a little. By saving a little many different ways, you can save a lot. And if that is then applied to reduce the mortgage loan, you can again shave thousands off the total mortgage debt you will pay over the life of the mortgage.

There are many saving ideas in the articles in our website section For Young Adults, a site that is helpful for young adults of any age, and our section For Wise Stewardship. Here is another idea. Many people have extra money withheld so they get a little money back after their tax return is filed. Bad idea! It is wise to have enough withheld, but wasteful to have extra withheld. Adjust the withholding so that you have a bit more take home pay each pay period. Then apply every cent of that towards your mortgage! If Bill and Mary can apply an extra $500.00 per year to paying down their mortgage instead of funding government operations by paying extra, the result is that they shave a few more months off the mortgage pay-off date and save even more money in interest payments they do not have to make.

Even that does not end the opportunities to get serious about getting out of debt.

Pay raises should also be dedicated to paying down the mortgage

Over even the shortened nine to ten years, Bill and Mary will have earned several pay raises. Yes, inflation has driven costs up some during those ten years. But if they dedicate all or most of the pay increases to reducing their mortgage, they can further shorten the life of their mortgage, the slave master.

Can this be done? Yes, but it takes discipline. Will you have to forgo a fun and fancy new sports car, a new and bigger flat screen TV, and a few of those pleasures? Yes, but think about the blessing of being out from under the weight of that mortgage payment of $998 per month ten or even fifteen years earlier!

But don’t stop there. Even then you are only out from under your mortgage loan. Make sure you are out of debt and stay out of debt. Now focus on your retirement and enjoying the blessings of life God has given to you.