Resources For You > For Wise Stewardship > Are You Really Content? Really?

Any discussion of a word as deep and complex as “content” requires the foundation of a solid definition. Content means:

“Satisfied with what one is or has; not wanting more or anything else.”
Dictionary.com

Any discussion of the word content leads to the word “contentment,” defined as “the state of being contented; satisfaction; ease of mind.”

So now, with the terms defined, the question is fairly asked, “Are you really content?” A mixed bag of answers can easily follow. Some people are concerned that they are not “spiritual” if they admit to a lack of true contentment with what Christ has given them. Others are brutally honest with themselves and quickly answer, “No!” On the other hand, some sheepishly say yes from a position of comfort, while still others fear change more than discomfort and either refuse to answer or weakly say, “yes.”

If you narrowly define being content, which would be very self-focused with ideas like meeting your personal goals in life, being loved, having the stuff you really want, then many would claim they are content.

However, few respond with concern about the question itself, and ask “Should we ever be content?” or perhaps even deeper, “Content about what?” Those counter-questions make the original question even more complex and much harder to answer. On a spiritual level, billions of people are going to hell, eternally separated from God. On a purely secular level, billions live on far less than poverty level income, lack clean water, electricity, medical care or even something as basic as someone who cares for them. There is little to be content about.

So should we be discontent?

The answer is both yes and no. Discontentment that is general and unfocused is a feeling that you are unable to experience peace living in the world we have and on what God has provided. You can become restless and unhappy. You feel empty. And you feel as if you know there is something else, something better and something that can make a real difference in a hurting world. Those aren’t entirely bad feelings (they are, in fact, common feelings), but it is far from the peace that Jesus wants for us.

John 14:27
27 Peace I leave with you; my peace I give you. I do not give to you as the world gives. Do not let your hearts be troubled and do not be afraid.

Do not misunderstand, it is not a sin to want nice things. But you need to know that true satisfaction comes only from contentment with God. The things of this world offer very limited and temporary satisfaction.

However, we still have the question about whether you should be content or discontent unanswered. There is an answer.

I have read about the idea of “holy discontentment” and I believe it is a Biblically solid concept. Holy discontentment is that feeling, among other thoughts as well, that you should not ever be content with your past experiences with God. Instead, you should seek a fresh, deeper and closer relationship every day. There is also the recognition that all is not right in the world even for believers until Jesus returns, combined with grave concern for the state of our very lost world. These feelings are true regardless of how well the economy is doing, how low unemployment is, how high the GDP or the stock market go, how few wars are being fought at the moment or even how early you will be able to retire in leisure. 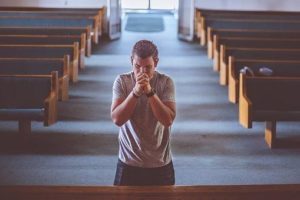 Holy discontentment is the feeling I have that while it may be well with my soul, it is not well with the souls and the eternal futures of billions of lost and presently suffering people in a very lost world.

The View of Our World

The world will shout out to you that your goals, your significance, your measure of self-worth, all of your ambitions, and your heart should be comfortable in the cocoon of material things. “Life is good,” the world says. The problem is that what the world has is very dependent on circumstances. And we all know that circumstances can change in an instant.
In other words, the world wants you to believe that your hope lies in your net worth, your financial accounts, and your ability to enjoy the good things of life while you can. Is that real? No, not for a moment are any of those elements of the world real security much less good for an eternity.

Matthew 6:19-21
19 “Do not store up for yourselves treasures on earth, where moths and vermin destroy, and where thieves break in and steal.
20 But store up for yourselves treasures in heaven, where moths and vermin do not destroy, and where thieves do not break in and steal.
21 For where your treasure is, there your heart will be also.

True financial and spiritual peace as well as lasting and meaningful contentment come from accepting the fact that God owns it all, we are merely stewards and that He loves us deeply. He is Lord over us and over all.

So How Are We To Respond?

This is no time to be content. We live in a post-Christian America, a country where people are increasingly turning away from the church, from God, and are placing their faith on government, modern finance, and comfort. After all, it really is all about me, isn’t it?

There is only one answer, and it has been the same answer for thousands of years. God, the Creator is seeking a restoration of the lost relationship with His creation. He has reached out to His people and He is patiently waiting for us to turn back to Him.

Isaiah 53:6
6 We all, like sheep, have gone astray,
each of us has turned to our own way;
and the LORD has laid on him
the iniquity of us all. 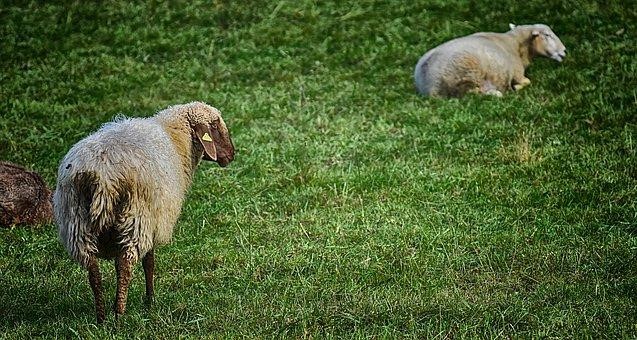 We as individuals need to become and remain faithful, worship, pray, gather together, give, speak the truth and reach out to others. As we see the lost suffer increasingly and the day approach, we need to be even more discontent with the shape of the world today and keep on serving God.

Hebrews 10:23-25
23 Let us hold unswervingly to the hope we profess, for he who promised is faithful.
24 And let us consider how we may spur one another on toward love and good deeds,
25 not giving up meeting together, as some are in the habit of doing, but encouraging one another—and all the more as you see the Day approaching.

No, we can never be fully content about all things because the state of the world will never be such that complete contentment is possible. But there is a level of contentment we can reach within ourselves about who and whose we are.

Contentment can never be as simplistic as being satisfied where you are. Instead, the contentment we can have is knowing God’s plan for our lives, living that life to the fullest, and knowing that God is sovereign. His peace is greater than the world and its problems.

John 16:33
33 “I have told you these things, so that in me you may have peace. In this world you will have trouble. But take heart! I have overcome the world.”

The Apostle Paul gave us a wonderful treatise on contentment in Philippians 4. He was writing and thanking his church in Philippi for their renewed concern for him. What makes the lesson of Paul’s letter to Philippi even more meaningful and applicable is that it was written from a prison cell.

Philippians 4:10-13
10 I rejoiced greatly in the Lord that at last you renewed your concern for me. Indeed, you were concerned, but you had no opportunity to show it.
11 I am not saying this because I am in need, for I have learned to be content whatever the circumstances.
12 I know what it is to be in need, and I know what it is to have plenty. I have learned the secret of being content in any and every situation, whether well fed or hungry, whether living in plenty or in want.
13 I can do all this through him who gives me strength.

Becoming content can only come through the process of choosing Christ over the world on a daily basis. It means saying “no” to modern marketing, to that new and improved latest fad, and instead saying “yes” to the still small voice of God who passionately loves us. 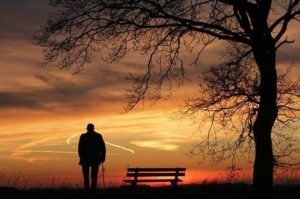 Can it be done? Paul thought so as he instructed his young protégé Timothy on real contentment.

Will it be easy? Will you meet opposition and perhaps even be ridiculed? Of course. But God has laid out a course for us and will be with us every step of the way. The opposition doesn’t matter.

Hebrews 13:5-6
5 Keep your lives free from the love of money and be content with what you have, because God has said,
“Never will I leave you;
never will I forsake you.”
6 So we say with confidence,
“The Lord is my helper; I will not be afraid.
What can mere mortals do to me?”